Published by cravenandhargreaves On June 30, 2016 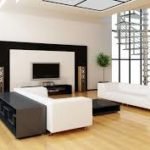 There have been examples of interior design, or people adapting their surroundings to their own personal taste since at least the eleventh century. These days it’s hard to pin down one particular trend which will come to define how we in the 2010’s decorated our houses.

It has been easier to spot features and touches that typify the houses of the past, and this is a brief guide to what you might need to purchase or master in order to design your house in the same way. 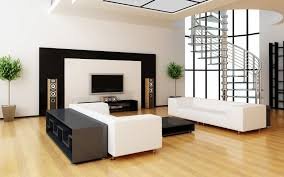 The Tudors
In order to get your home interiors to incorporate Tudor style influences, then you will need to find rich fabrics such as velvet, brocade and damask. The drapes, and curtains should really have thistle, Tudor rose and fleur de lys stencilled on them. The Tudors tended to use quite distinctive colours, such as gold, red and green in their interior decorating. There was also a lot of ornate carving to their wooden furniture, such as the four poster beds.

The Georgians
The wealthiest Georgian people, were fascinated and influenced by classical Roman architecture, and used a variety of Corinthian, Ionic and Doric columns in the exterior of their homes. The interest in Roman mythology extended into the interior decoration, as they would use the gods and goddesses’ images on various items typically vases and urns. There were a lot of swags, and ribbons used in the act of decoration, as well as a tendency to use quite neutral and light colours like pea-green, mauve and pink.

The Victorian period was so long that it encompasses a variety of different styles, but Gothic Revival was a particularly strong influence. There tended to be a lot of decorative ironwork, and they were heavily influenced by medieval heraldry. If you want your home to be decorated in the Victorian style, then the best thing is to use dark rich colours like forest green, damask wallpaper and obtain heavily carved, or plump, over-stuffed furniture, such as button-back armchairs, sofas and ottomans. Their fireplaces were normally ornate, and came in marble, slate or cast iron, depending on the wealth of the individuals. If you cannot afford to get such a thing, or do not want to have a fireplace, then perhaps use the patterned tiles or etched glass that was another staple of Victorian homes.

If you have been inspired by this post, then we would be glad to help you fully realise your interior decorating dreams. We are a Leicester based firm, but are happy to advise clients from other parts of the country.