Published by cravenandhargreaves On July 2, 2016 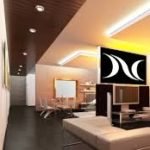 When setting forth on a project of home renovation, it’s surprising how many different things can influence you. It’s long since been a common practice to be inspired by art, even with those of us who are amateurs at home refurbishment.

People like William Morris, who is considered by some to have been the first British man to make a profession out of creating home furnishings such as curtains and wallpaper. He was influenced by his friendships with well-known artists such as Edward Burne- Jones and Rossetti, and got their help while spending two years designing the interior of his home in London.

The friends that helped Morris the most, went into business with him in 1861, calling themselves Morris, Marshall, Faulkner & Co. They created home accessories such as tableware and furniture, stained glass and tiles, as well as the wallpaper that has become Morris’s trademark.

Wallpaper was only added to the list of items they sold because Morris had been so disappointed with those already on the market, when he had been designing his home interiors.

Art became a far more wide spread influence by the twentieth century, when Art Deco truly took hold. That art movement changed a lot of different strands of creative endeavour, not only interior design, but architecture, and others. The clean lines and geometric shapes that characterised the style, were unlike anything that people had seen before. The materials that tended to be used in creating home accessories, and furnishings were chrome, glass, lacquer and inlaid wood.

If you are looking to recreate the paint schemes typical of the Art Deco movement then silver, gold, charcoal and metallic blue were those favoured by interior design at the time. Serge Chermayeff, a Russian-born British designer made extensive use of cool metallic colors and luxurious surfaces in his room schemes, throughout this period. It was also common for people to use a lot of black and white, in their home decoration, when doing their floors in particular as they used black and white checkerboard tiles. Syrie Maugham was particularly fond of using white throughout the 1920’s, inspired by the impulse to reject the dark and repressive rooms she was brought up in, during her Victorian childhood.

When the style developed, and boomed in popularity going into the 1930’s, people started using more vibrant colours as well as the black and white.

Modern Art became the predominant influence from the art world during the 1950’s and 1960’s, but is considered to have been introduced by Frank Lloyd Wright. He gained considerable popularity after finishing a commission in the 1930’s. Interior design of the 1950’s and 1960’s was split between those that favoured the bright colours and psychedelic patterns used by David Hicks, and Dorothy Draper’s tendency to mix and match patterns and colours.

If you have the desire to follow in the footsteps of these people, and want to have your home decorated to a professional standard, then please contact us at info@cravenandhargreaves.co.uk

We are a Leicester based interior design company, and would be happy to advise you in any way that we can.